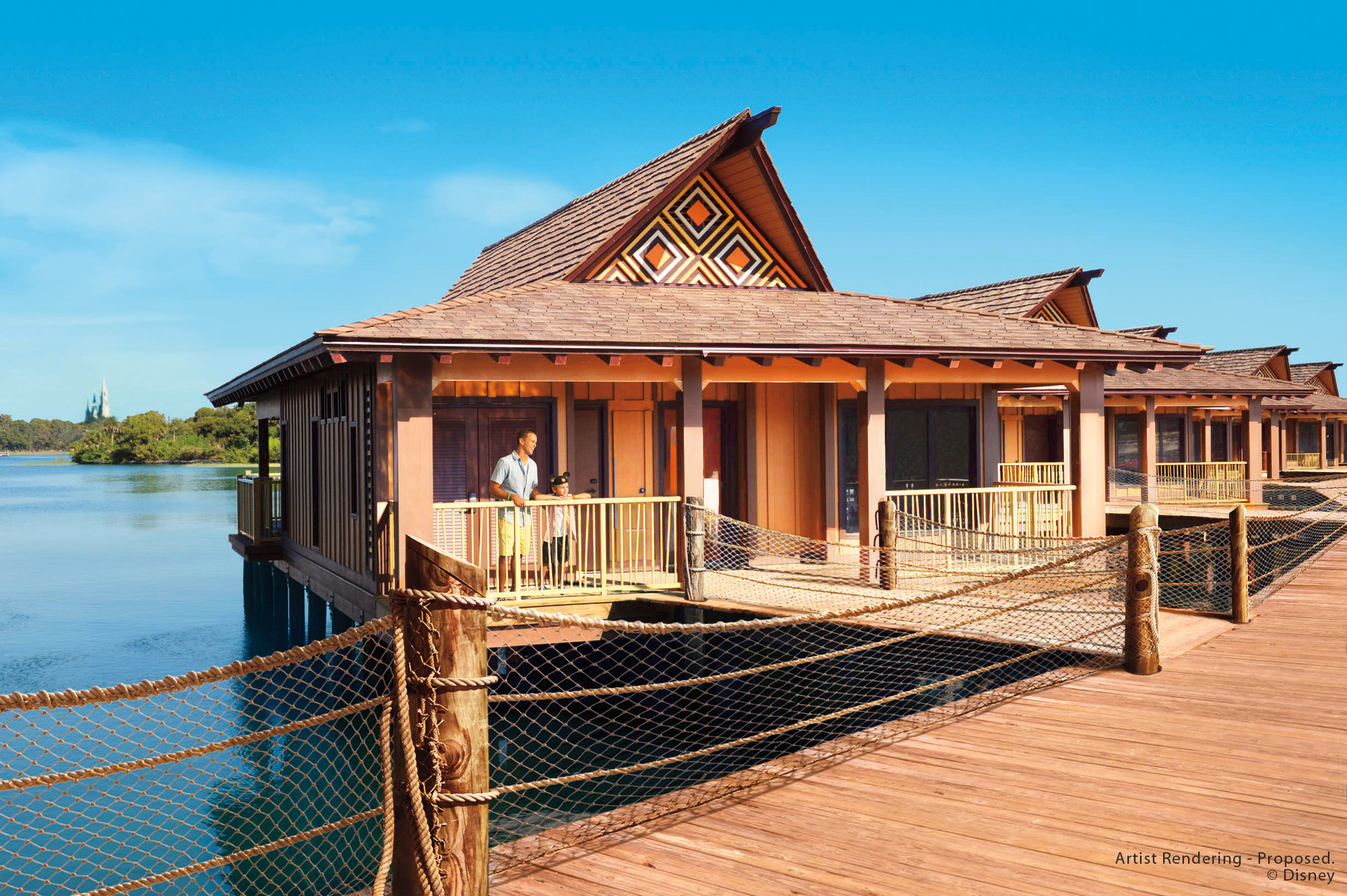 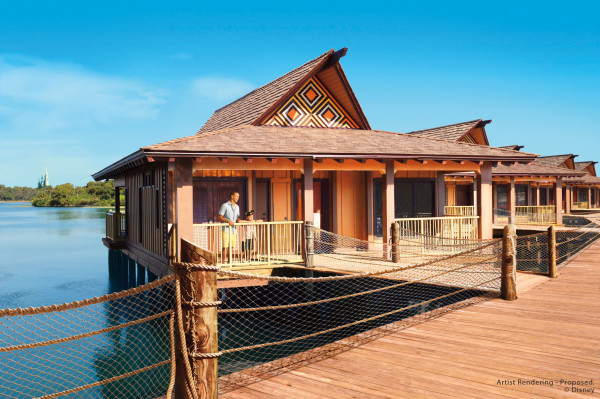 We’ve all been watching and waiting as Disney World builds the amazing bungalows on Seven Seas Lagoon, but finally Polynesian Village DVC details are coming to light. Disney vacation Club points for the 20 Bora Bora Bungalows and 360 Deluxe Studios will begin January 12th for current Disney Vacation Club Members and on February 9 for all guests. With a scheduled first phase opening of April 1st, demand is going to be huge. The three deluxe resorts surrounding Magic Kingdom are already in high demand and this is like icing on the cake. The Bora Bora bungalows will sleep up to eight guests and up to five guests in the 360 Deluxe Studio Villas.

UPDATED: Added a new video from our friends at Destinations in Florida. 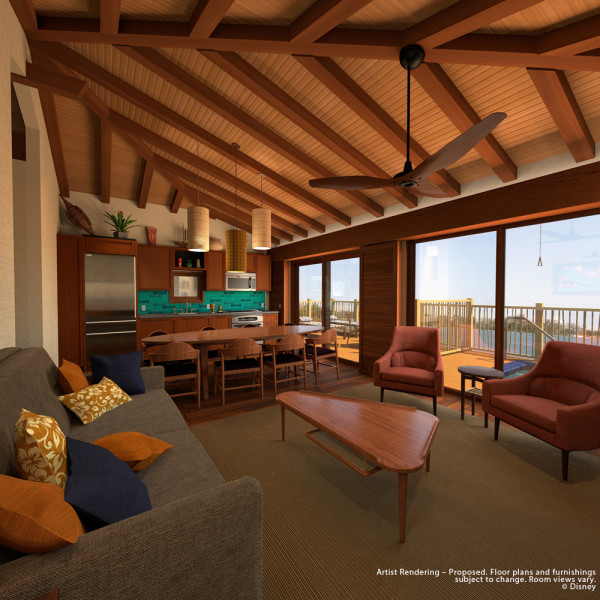 The 1093 sqft bungalows include front and rear decks where guests can relax and even watch the Magic Kingdom fireworks and the Electrical Water Pageant float past. There are two bedrooms, a separate living room, large dining/kitchen area, two full baths, and laundry. The 447 sqft Deluxe Studios are slightly larger than the current resort rooms at the Polynesian Village and include a split full bath with separate shower and tub, laundry. The main room includes a queen bed, and couch bed, and pull down single bed suitable for younger children, and balcony or patio. 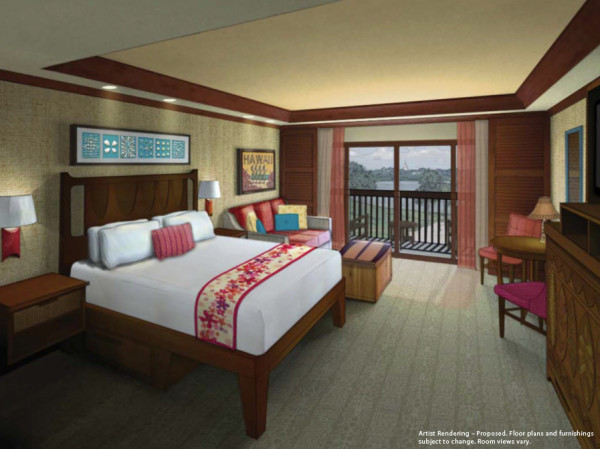 Take a peek at the newly renovated Polynesian Village lobby which is part of the massive overhaul of the resort.